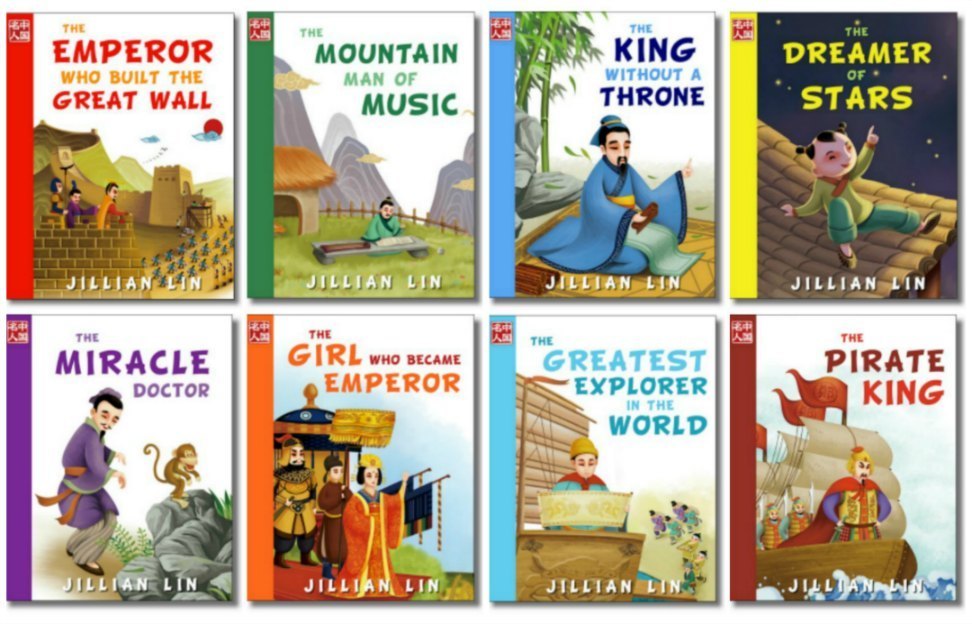 Set: 8 books from the 'Once Upon A Time In China' series

Get the complete set of 8 books!

The simple language and beautiful illustrations make these books wonderful readers or bedtime stories. They are suitable for all ages but children aged 6-12 years will especially enjoy reading these books.

About the Once Upon A Time In China… series

China has a long history, but its many stories are often too complex for children. In this series, Jillian Lin retells China’s best historical tales so they are easy and fun to read. Children will embark on a journey through time where they will get a glimpse inside the colourful lives of famous Chinese figures. Beautiful illustrations, gripping stories and fascinating facts make these books wonderful readers or bedtime stories for ages six and above. Each book contains the life story of a famous figure in Chinese history, a list of interesting facts, a quiz and a map.

Save this product for later
Display prices in: AUD
jillianlinbooks@gmail.com
www.jillianlin.com
Facebook
Google Plus